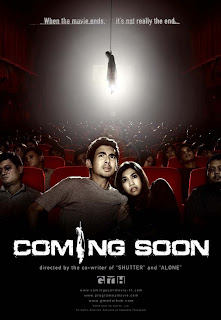 It seems an age ago now but horror movies like Shutter, Alone and Phobia once took the world by storm, sneaking up on unsuspecting audiences and attacking them with a vast array of well-timed scares and short, sharp shocks. Much like the killer at the heart of the tale, they have managed to get under the skin of the movie going public, and for a while at least, I couldn’t see that changing. Some of us still have a taste for it, but it’s been a while since I lived my life from behind the sofa.

Coming Soon is a movie from the creative mind behind Shutter and Alone, which probably means he knows a thing or two about big screen terror. Which is kind of handy really, especially if you consider the killer concept behind it all. The biggest challenge facing Sophon Sakdaphisit was the need to make horror scary again for weary genre fans that had seen it all before. The answer was apparently rather obvious; you set your movie inside a movie theatre, bringing the sense of fear even closer to home.

Cinema projectionist Shane (Chantawit Thanasewee) finds his colleague dead after watching a new movie called "Revengeful Spirit" with him. In a shocking twist, the mutilated body ends up inside the movie, and the evil spirit comes off screen in order to target Shane. Shane and his girlfriend Som (Thai pop singer Punch in her big screen debut) race against time to solve the mystery surrounding the movie, which holds some sinister secrets of its own.

Quite a neat concept, I’m sure you’ll agree. Coming Soon follows the footsteps of Shutter And Alone, so closely in fact that it too inherits their weaknesses. Shutter is an excellent movie, don’t get me wrong, but it was hardly original even back then. What it did do however was deliver the goods, and it delivered them with style to spare. We’re talking shock after well-timed shock here; Shutter took an intriguing premise and ran with it, beating, bloodied, heart in hand.

Alone was no different, the storyline in fact was arguably superior. By the time it was released, however, we were already drowning from a tidal wave of Asian horror, which diluted the fear factor and took the edge off proceedings. The concept was superb though, and some of the set pieces were awe-inspiring, even if the films trailer managed to ruin a good majority of them.

Coming Soon brings with it another neat concept, some well executed set pieces and an over familiar style of horror, but that doesn’t make it any less satisfying for fans of the genre. It doesn’t hang about either, clocking in at just over 80 minutes. The opening act is surprisingly brutal, taking us inside the movie from which the carnage is conceived. It’s a neat opening, and Sakdaphisit goes for the jugular, taking us on a roller coaster ride of torture and bloodshed.

The film settles into a more familiar pattern as the major players are introduced, and the rest of the movie plays out in a similar style to its predecessors. Sophon Sakdaphisit still has a few tricks up his sleeve though, and Coming Soon takes an interesting change of direction in the final act, but that’s not to say it does anything particularly radical. We’re still safe and sound (poor choice of words) in the offbeat world of Thai horror, where jump shocks, loud noises and fast edits take precedence.

There’s even time for a set piece in a lift. I mean, really, does anybody in Thailand actually watch horror movies? I’d be choosing the stairwell every time. The plot twist is a worthy one though, even if the final scare was ruined for me by an ill-timed subtitle popping up on screen. The person responsible for that should be forced to live in a Thai lift for the rest of their life.

Coming Soon remains a short, sharp, satisfying night in that should definitely find an audience. Here’s hoping they can come up with something fresh next time out though, a movie going experience that lives up to the creative minds behind it. Too content to swim in familiar waters, failing to make the splash it would have made ten years ago, fans of the genre should find plenty to enjoy, even if they do see it coming a mile off. As it turns out, Coming Soon is an unfortunate title for a film that feels like it’s been around for some time already. AW 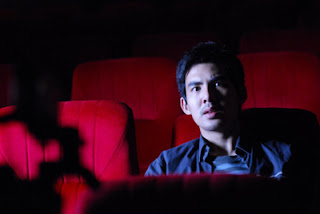 Picture the scene. I was twelve years old at the time. Every Saturday night my dad would come home with a video from the rental store. ... 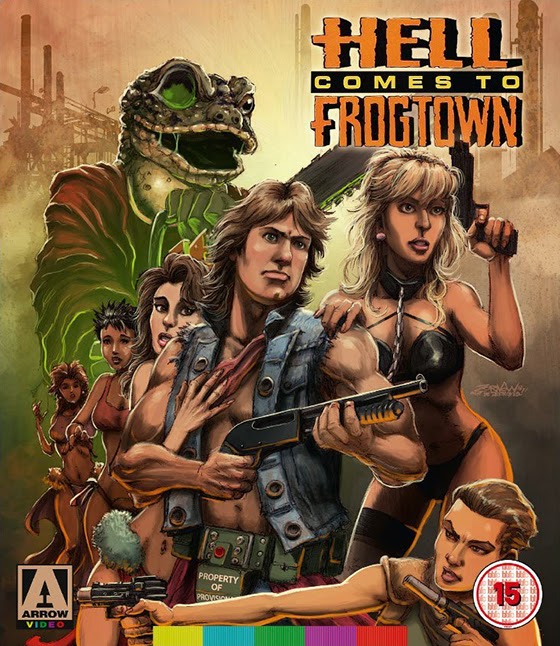 Most Visited This Week